Once a upon a time there lived a fair slut that owned a black cow she lived in the lands of the north, her black cow was called Rissole. Rissole was great companion would sleep with Dork every night under the stars, they would play in the sun together for hours everyday every moment they were together …..

One fine day Dork was called into the leaders chambers she moved swiftly as Rissole followed running his little legs behind her she stopped short and gestured her cow to stay there as she walked into the Jarl’s quarters her heart beating faster as dork did not know what or why the Jarl had summoned her….

As she heard the Jarl’s voice she moved closer lowering her head as she looked to floor she softly muttered ” Greetings Jarl” as there was silence then heard the Jarls low stern voice echo off the walls as her body shivered little as the Jarl was fierce warrior it intimidated Dork anytime she was in same room with him she could hear outside her Rissole calling for her causing her heart just beat faster knowing her and her pet would get into trouble if he made too much noise.

Her eyes darted towards the Jarl as she heard his fierce voice drive knife through her heart as she heard  him say ” That is…. that Cow that follows you around everywhere! Dork you must kill that thing and serve to me for supper! ” her heart sank as she knew she couldn’t say no she closed her eyes and nodded her head  as she whispered ” Yes Jarl” tear would escape her eyes as she felt it run down her face as she heard him dismiss her for now, as she ran off out the door as she hug her beloved Rissole more tears streamed down her face,  as she knew she couldn’t do this task…

All afternoon she thought what she was going to do as she walked past the kitchen she smelt something lovely cooking as she walked in seeing what was cooking on the stove she lent over the pot seeing nice big pot of Beef Stew a idea hit like light bulb going off in her head as she smiled softly clapping her hands as she began to grab a rope from nearby as she walked out to her Rissole and wrapped the rope around his neck  making leash as she began lead him off. She moved to nearby empty place as she locked her beloved animal in there for now she ran back to kitchen at once to dish the food for the Jarl..

her hands shaking as she held the bowl of stew in her hands moving into room that the Jarl was, he was already sitting at the table as she heard ” Ahh Dork right on time set it down here ” as she heard pats of the table where his hands were hitting the table, as she set the bowl in front of him as she stepped few steps back lowered her head and whispered ” I hope this food serves you well Jarl and fills your belly” as she heard the spoon click the bowl as she watched the floor waiting for him catch her out of her lie that beef was not her Rissole at all it was Daisy the cow that she helped kill early that morning with her mother Eva, her eyes would dart up to the Jarl as she heard his rugged voice to his delight he loved the stew as she was praised for her hard work and dismissed, Dork would run out of the Jarl’s chambers and ran straight to Rissole grabbing his leash she lead him off into sunset as the set out to adventure far from the lands that she lived knowing that her life would never be same without her Rissole….

As they both lived happy ever after…..THE END 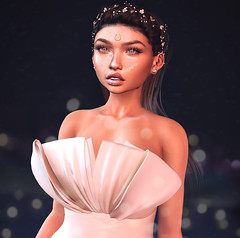 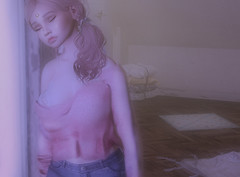 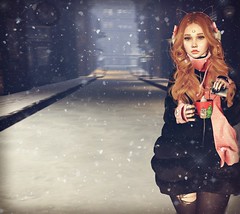 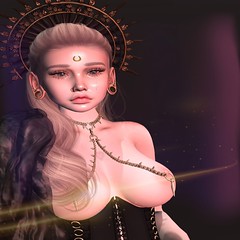 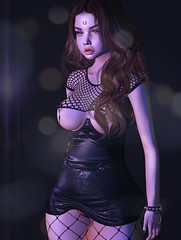